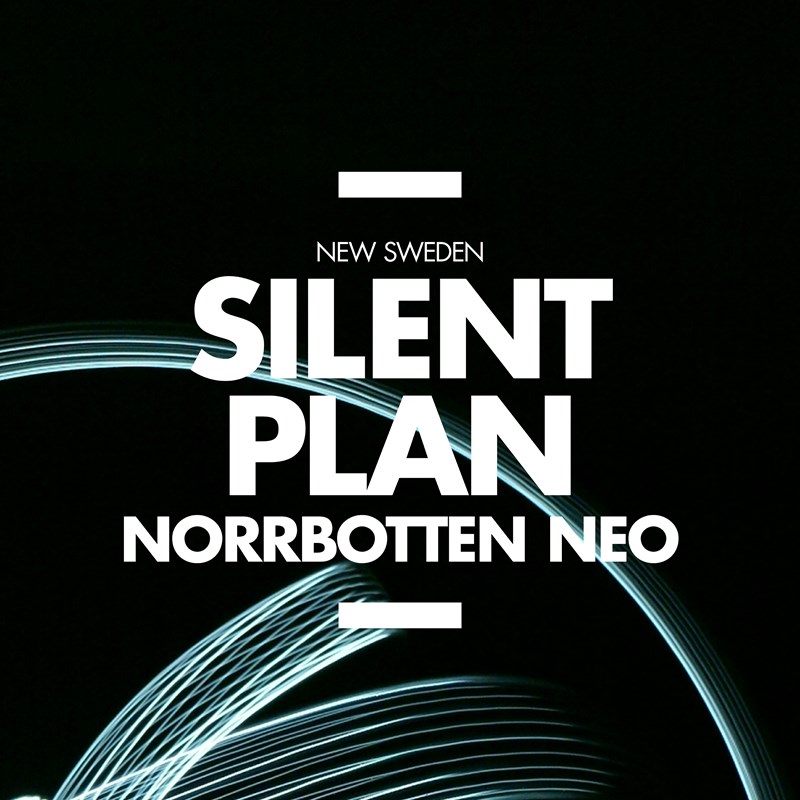 We are proud to present the third album in our series New Sweden. Once again we have recorded works by some of the most interesting Swedish composers.

"Since 2009, Norrbotten NEO has annually produced concerts entitled New Sweden, which feature premieres of new works by Swedish composers that the ensemble has commissioned. A selection of those works have been recorded and this is the third installment in the New Sweden set of CDs. The first CD – Diptychon – was released in 2013 and the second - Empreintes digitales – was released in 2015. Originally, New Sweden was a settlement along the Delaware River in North America, from 1638-55. Acknowledging the mindset of the first settlers, the New Sweden CDs strive to honor pioneers who break new musical grounds. One of the first settlers in the New Sweden colony was the Lutheran priest Johannes Campanius. On his tombstone in Fröshult, Uppland you can read the oldest inscription in the Native American Lenape language: Umar Sachiman Chinsika hacking haro ankarop machis chuki (Here lies a great sachem who died in old age). This CD may be considered as a Campanius influenced intercultural inscription that travels through time and space, as well as a snapshot of today’s of today’s vibrant Swedish contemporary music scene."
Petter Sundkvist Artistic Director, Norrbotten NEO, 2007-2012

Kim Hedås (b. 1965) received her education in composition at the Royal College of Music in Stockholm. She has composed music for a variety of contexts and her music has been played by the Swedish Radio Symphony Orchestra, the Gothenburg Symphony, Norrlandsoperans Symphony Orchestra, Gageego!, Pärlor för svin, Kroumata, VOX, Dalasinfoniettan, and the Göteborg Opera. She also works with electroacoustic music and gladly collaborates with other artist within theatre, the fine art and architecture.
The title Silent plan alludes to an inaudible structure that forms the foundation of the music. The structure enables the music’s energy flows and the parts of its form to develop and change, both in detail – through dynamics, harmony, rhythm – and as a whole. With the structure’s inaudible net as a starting point, different sections correlate or contrast with each other through the presentation, disappearance, return and transformation of distinct material.
In Silent plan the instruments’ tone character is broadened; in each musician’s part there is an extra instrument as carefully notated as the ordinary instrument’s line. The alto flautist and bass clarinettist each blow shell chimes; the violinist, violist and cellist each bow on a cymbal; the pianist also plays crotales and the percussionist has instruments with various functions, focused either on rhythm, tone colour or pitch. The broadening of the tone characters are thus both connective and divisive, since they bind the ensemble’s sounds in similar sound worlds while each musician’s sound-generating becomes more distinct due to each instrument’s individual tessitura, tone colour and way of playing in combination with the extra instrument.
Silent plan has five larger sections. The second and fourth sections are more individually formed with soloistic and interwoven lines. The first, third and fifth sections mirror each others’ space more clearly. Silent plan connects it all together with a low key but intensive energy flow that runs through the whole form. 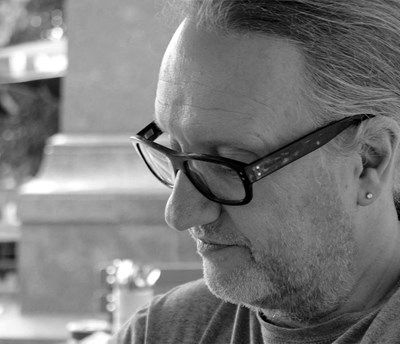 Kent Olofsson – Chiral V
Kent Olofsson was born in 1962 and embarked on his career as a musician in the symphonic rock group Opus Est in the late 1970s / early 80s. From 1984–91 he studied composition in Malmö and has been active as a composer and teacher at the Malmö Academy of Music. His innovative ideas and development projects involving music have attracted significant attention.CHIRAL I – VI is a series of standalone works that mirror one another in pairs. Each pair has a solo instrument playing the main role; one work is for solo instrument and electronics, the other for the same solo instrument and a small ensemble. An object or a system is called chiral if it differs from its mirror image such that it cannot be placed exactly on top of the original. It is a geometric expression in which a figure is said to be chiral if it is not identical to its mirror image, not even when rotated or overlapping.’
In the composition CHIRAL, the musical material is mirrored on several levels. In CHIRAL I the flute is mirrored in synthetic flute tones that are created with the software Reaktor. The flute and the recorded snippets have various layers of differing tempi that create a contrapuntal structure. The mirror structure is in all the components of the flute material, both in the individual notes and the tone colour, as well as the overall form and mirroring in CHIRAL II.

The form and structure of CHIRAL V is a mirroring of CHIRAL II. The harmonic material in this piece is taken from CHIRAL VI, where the foundation is composed of a collection of chords from a synthesizer. In CHIRAL VI these chords function almost like a piano accompaniment to the solemn violin. 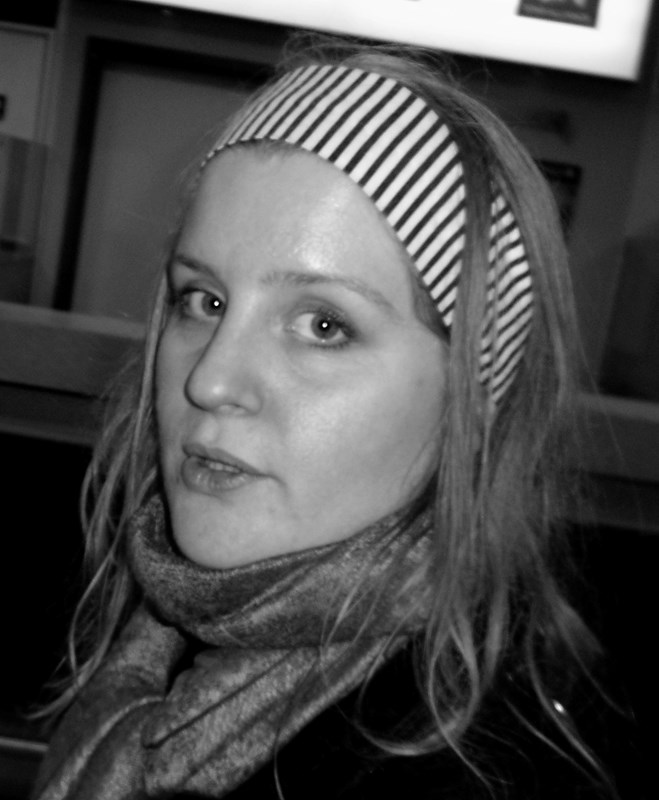 Lina Järnegard was born in 1979 and studied at the Gotland School of Music Composition from 2003–2005. She then continued her studies at the Academy of Music and Drama in Gothenburg, where she completed her MA in Composition in 2012. Her main teachers were Ole Lützow-Holm and Ming Tsao. She has also studied at the Royal Scottish Academy for Music and Drama in Glasgow for David Fennessy.
Through the years Lina Järnegard has composed for a series of prominent Swedish ensembles. Aside from Norrbotten NEO, these include Gageego!, Curious Chamber Players, Hidden Mother and Mimitabu. Her composition Vågorna: identitet was chosen for participation at the International Alliance for Women in Music’s (IAWM) annual concert in New York where it was performed by the ensemble Mise-en in October 2013. She has been a member of the board and producer for Levande Musik, an association for the promotion of new music in Gothenburg since 2010.
Together with mezzo-soprano Anna-Sara Åberg and author Signe Hammar, Lina Järnegard started the Gothenburg-based opera ensemble Dråpera in 2010. They write and perform new music dramas with a focus on challenging and exploring the genre of opera. Their first production, Flykt, has been performed all over Sweden, and their second, Ett ansikte, was premiered on Göteborg Opera’s small stage in September 2013. The ensemble was invited to Bogota in 2015, which marked the start of their third opera project. In Emellanåt, stundom (Occasionally, sometimes), explosive attacks are contrasted with subtle gestures on the verge of the inaudible. ‘Certain pieces are more of a search than others. To find that which seems to be lost. An attempt to get at an idea that is still very vague. To wander here and there. To avoid old paths. Or maybe to go the same way. Letting the searching take space. Be important in and of itself. Not more, not less than that. That it later is also about patterns and melody can be true as well,’ says Lina Järnegard. 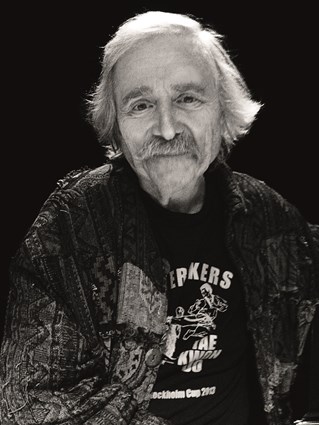 André Chini – Trafficking – she could be your daughter
André Chini was born in 1945 in France, but has been active in Sweden for a long time, becoming a Swedish citizen in 1996. Through the years he has received a series of prizes and awards, including the “small” Christ Johnson Prize for Muruoa for violin and orchestra and the “large” Christ Johnson Prize for L’Indien for piano and orchestra. He has also been awarded the Rosenberg Prize and has been a member of the Royal Swedish Academy of Music since 2004.

André Chini was educated at the Paris Conservatory. During his student years in the 1960s he lived by Les Halles. ‘It was a neighbourhood that never slept. All night long the restaurants were open, full of drivers, buyers, sellers, porters, a few citizens who wanted a part of the night’s excitement, and last but not least, a number of scantily clad and very dolled up ladies. For hundreds of years the “Dames de petite vertu”, prostitutes, were as natural a part of the neighbourhood as the priests in the church of Saint-Eustache and the actors and artists in the theatres Chatelet and Sarah Bernhard.’
The piece is inspired by Jeanne Cordelier’s autobiographical novel about prostitution, Utbrytningen. ‘I read the book with a strongly growing empathy for the author. And I became more and more angry at the customers, the pimps and all the men who, disgustingly, convinced themselves that one could buy love.’
In Trafficking the coarseness of the johns has been transformed into a musical tumult before the victim’s suffering is portrayed more emotionally with painful sighs. In the music there is a warped beauty with a lovely, suddenly interjected melody fragment in the violin. Chini’s pathos and desire to comment is reminiscent of his earlier pieces; here there are no solutions, but still a musical language full of both indignation and empathy.